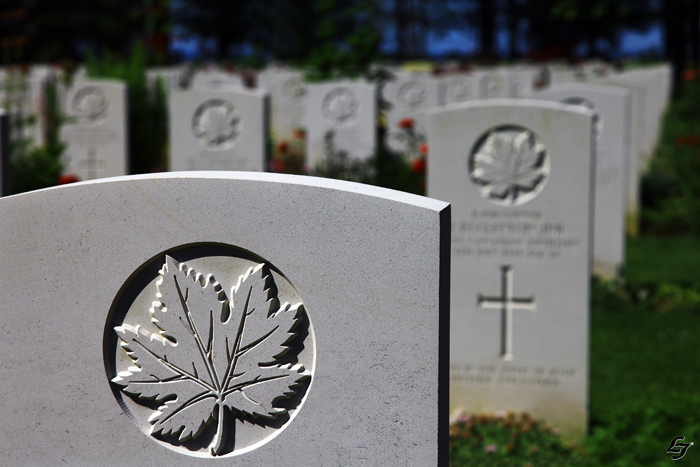 These tours will cover the actions of Canadian forces from D-Day to the end of the battle of Normandy through the various objectives, operations and offensives undertaken in June, July and August 1944. We’ll see how the volunteers of the Canadian army, throughout the whole campaign, dealt with a difficult landing, a coverless terrain and the elite of the German army in Normandy. The half day tour of course starts with the landings on the different sectors of Juno beach, the second most difficult and bloody after Omaha, where 14000 Canadians soldiers among 21600 men landed. We will follow the progression of the troops until the end of this 6th of June and see what happened the next day when a fierce german counter attack completely surprised the Canadian regiment « North Nova Scotia Highlanders ». This offensive actually aimed to push the Allies back to the sea, and was close to succeed. The full day tour n°1 goes deeper in the details of the Landing and the struggle to get to the D-Day objective: the Carpiquet airfield. We’ll see how, from the 7th of June on, an incredible one month long mercyless battle will take place in the farmfields and villages north west of Caen, until the airfield and the city will be finally taken. The full day tour n°2 is the conclusion of the battle of Normandy, in which the Canadian army corps took a great part. Will be explained the various offensives led by the 21st anglo-canadian army group which started the closing of the gap in which the German army in Normandy will be almost completely defeated. And because a military exploit is always interesting to be shown, the last tour proposed is in a complete different region and is on a World War 1 sector: the famous Vimy Ridge battle, the « birth of a Nation ». Discover how the Allies brought tens of thousands of troops in galleries and, especially on the Vimy ridge sector, succesfully took the high ground well defended by the Kaiser’s troops. For the first time, the Canadians were going to have a part of the front assigned and attack all together as one. The Vimy ridge battle is one of the very few complete success the Allies have achieved in WW1.

Some sites are mentionned as optional because they include either entrance fees (museums) or a choice made by the guest to spend more time elsewhere. Nervertheless, the visit of the museums listed, for a modest price, is recommended. Depending on your interest and time, you can choose between a half day, a full day, two full days tour or even more ! In order to have a better idea, check the sites details here ! 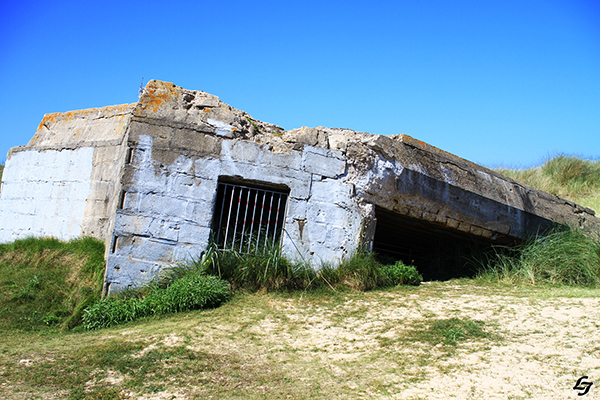 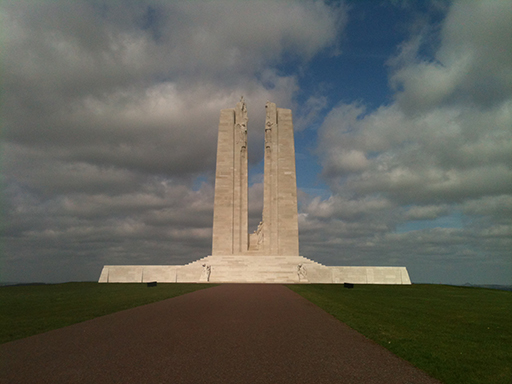