The most accurate and successfull mission of the 6th of June 1944 ! Between the town of Caen and the Channel, only 2 bridges enable a passage. These are the Benouville and Ranville bridges, respectively over the canal and the river Orne. Major John Howard, commander of the 2nd Oxfordshire and Buckinghamshire, with 179 under his command men will have the task to take intact and hold the bridges until relieved, at all cost. Moreover, they will be the very first men to start the whole operation in Normandy, shortly after midnight. Icing on the cake: gliders, also known as « flying coffins », will bring them to the ground !

One of the 16th British and Comonwealth cemeteries in the land of Normandy. Located in the very first village liberated in France by British forces, it contains 2564 graves of mainly soldiers of the 6th British Airborne Division, but also French, Belgium, German soldiers and various other nationalities. The first casualties were buried in the churchyard close to the civilians graves, but many were going to follow and then a yard adjacent to the church was used as a temporary cemetery which became permanent.

The incredible mission of Lieutenant Colonel Ottway, commander of the 9th Parachute Infantry Batallion, who was ordered to attack this German battery, considered to be a very important threat regarding Sword sector. Four 122mm Czech guns could open a deadly fire on the landing beach  and 600 British paratroopers were ordered to neutralized it in a « hit and run » raid. Unfortunately, the attack will be operated by only 150 men who had barely the equipement needed for such an assault: no mine detectors or mortars, a solely medium machine gun, grenades, rifles, sub – machine guns and bayonets…

Focus on the n°4 commando. As a French man, I am of course sensitive about the symbolic but so important presence of the 177 French commandos led by commander Phillipe Kieffer. They were composing 2 troops, attached to the British n°4 commando, part of the 1st Special Service Brigade. The landings on Sword beach will be the most important anglo – canadian landing on D – Day which involved 28950 men. Important to mention that the n°4’s last objective of the day was to … link up with Major Howard on the Pegasus bridge !

Considered by some to be the reason of the British’s inability to take the city of Caen on the 1st day, this strongpoint (alsa known as the WN n°17) is a very interesting and rare example of a complex of 12 underground bunkers, 3,6 km from the sea, defended by 150 men  of the 736th Grenadier Regiment commanded by Colonel Krug. By blocking the advance of the allied columns, they gave time to the German high command and more precisely the 21st Armoured Division to organise its defence around Caen. The city, devastated will then be taken more than a month later.

The landing that saw 24950 men assaulting the german strongpoints held by both soldiers of the 716th and the much more experienced 352nd infantry divisions. We’ll follow the steps of Sergeant Stanley Hollis, who won the only D-Day Victoria Cross for bravely fighting his way through the beach, then led a single man action against a German battery and later on rescued some of his men.

This town was chosen to enter History by being part of what was going to become the biggest harbor in activity in Europe during the  summer of 1944. A gigantic prefabricated deep water harbor was going to be settled by the British from the 6th to the 12th of June. Two had been built in England from 1942 to 1944 in the greatest secrecy, and were codenamed Mulberry A (US) and B (British). Although a storm literally wiped out the american one, the « B » was badly damaged but repaired and made serviceable again. One can see today the huge breackwaters, parts of the pears and some of the pontoons which used to be floatable… a must see !

The only example in Europe of an element of the Atlantic wall or « Fortress Europe » as Hitler believed it, where all the original guns are still in their bunker. And quite a serious caliber: 152mm Skoda (Czech) with a range of 19 kms. Four bunkers housing four big guns, plus the observation post where one of the most famous scene of the movie « The longest day » was shot in 1962 (you might know which one it is…)

This tour will first of all bring you to the magnificient medieval village of Creully. Here we’ll see (from the outside) the Chateau de Creullet, which became Field Marshall Bernard Law Montgomery’s Head Quarters between the 8th to the 22nd of June 1944. It is interesting to know that all the decisions regarding the American, British and Canadian ground units were taken from this place, Montgomery being the commander of all ground forces in Normandy until the 1st of august. Some very famous visitors came to pay a visit to « Monty », such as Winston Churchill, General de Gaulle and his Majesty Georges VI. 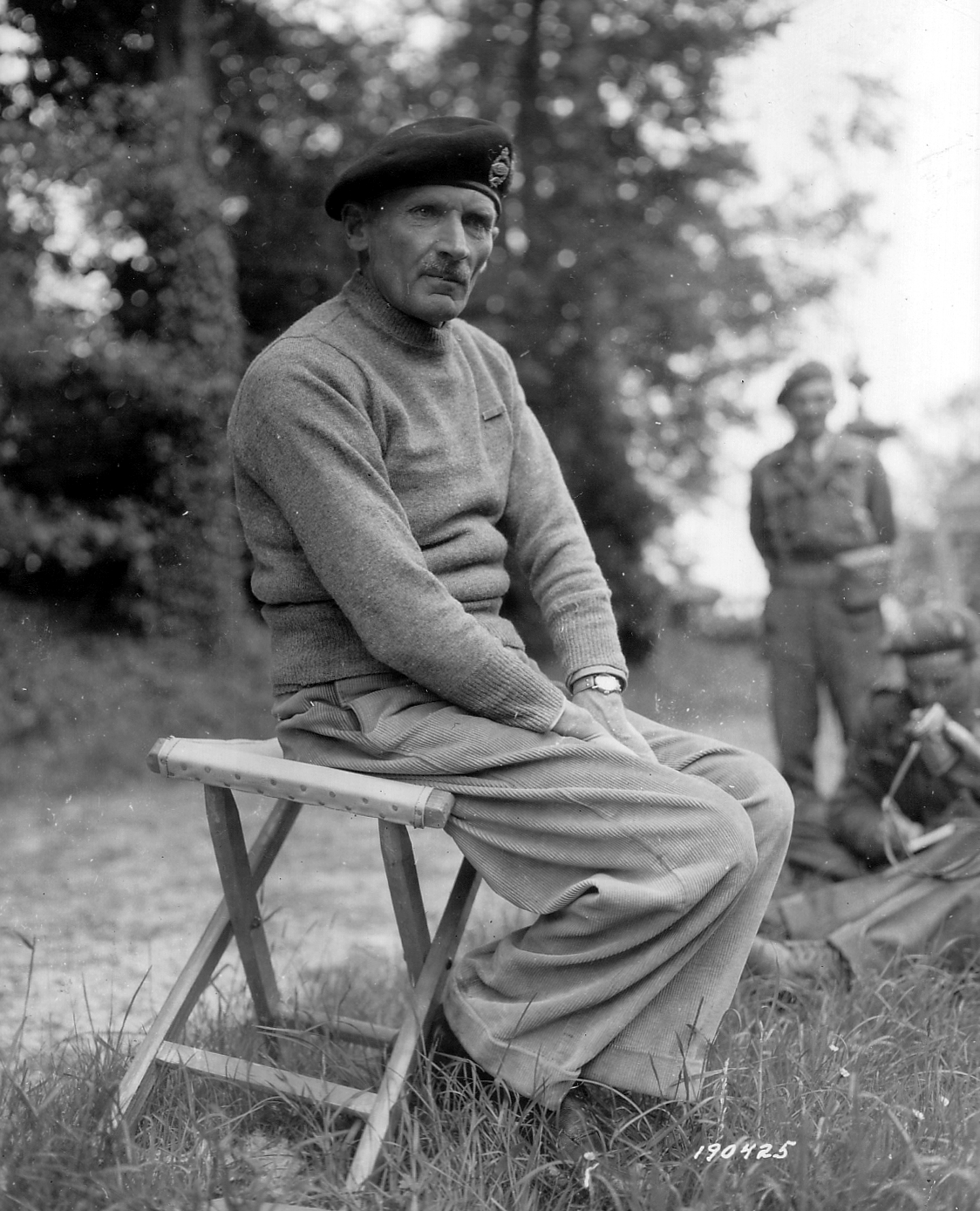